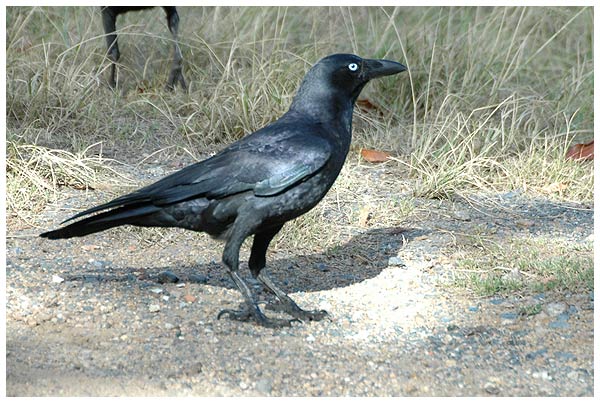 Recently I was surveying bird-species in the South Gippsland area of Victoria when I heard a ‘cacophony‘ of ‘corvids‘ around me and wondered whether they were either Forest (Corvus tasmanicus) or Little Ravens (C. mellori), using Mathieu Groeneveld’s excellent Bird Sound Android App

I downloaded calls of both which assisted me to work out that I was probably listening to Forest, but some doubt still remained. At the weekend whilst back in Melbourne I saw a Facebook posting from Matt Cracks McCrae which asked similar questions so I thought it might be a bit of fun to create a quiz to see how easy people find differentiating the calls. Please have a crack at the quiz below, you should be able to see your results and hopefully appear in a “Leaderboard” showing your position, but don’t take it too seriously (…and if you can send any ‘constructive-criticism’ I would appreciate it  😉 hopefully it might prove to be a useful idea for a more ‘academic’ study.)

I’ve used calls from the Xeno-Canto website  mainly by location which I felt probably display the optimal method of ‘showcasing’ the sounds and hope that the observers who made the recordings were ‘correct’ in their identification, unfortunately I couldn’t find samples of the calls of the (supposed) northern NSW race of Forest Raven…if anyone has any, it might be nice to include them for completeness.

I would like to thank the following contributors for their sound-files: